Meet and Greet with Nancy King and Review of Changing Spaces

Changing Spaces by Nancy King
My rating: 4 of 5 stars

When Laura’s husband asks her for a divorce, her heart is cracked. Then it is further shattered when she learns the reason is because he has been with another woman, and she is pregnant with their child. Broken and alone she flees to a conference in Albuquerque, and then takes the first shuttle to Santa Fe. What she finds there is extraordinary.
When we get married, two individuals become one. The trick is to find a balance where the original individuals are not lost completely. This book deals with gaining the power of finding yourself and the understanding it is okay to do so. I would recommend this book to anyone who is has been or is going through a divorce. I would also recommend it to anyone who is still happily married and feels like they may be missing a part of themselves. Read this book if you are lost in someone’s shadow, even if it is your own.


View all my reviews

I would like to welcome Nancy King to my blog today. 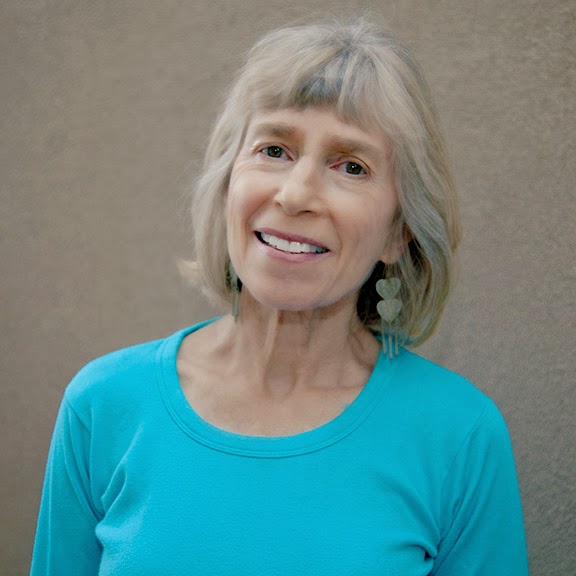 1. I’ve written in a lot of genres: essays, plays, nonfiction, poetry, and fiction. The genre I choose comes from what I need/want to say and write.

2. I’ve been writing since I was a child. My first “official piece of writing: happened when I was in 4th grade. There was a Christmas play but no Chanukah play and when I asked why not, was told there were none. I went to the library and the teacher was right, there were none. So, I took out a play, used the form, wrote a play (a whole lot harder than it looked) and that year there were two plays at Christmas time—The story of Jesus and the story of Chanukah.

3. I’m inspired to write by ideas, events, something that catches my eye . . . writing is something I need to do. If I’m not writing I feel as if something important is missing in my life.

5. The hardest part of the writing process is finding a publisher and then doing the publicity needed to get the book out into the reading world. The easiest, although I’m not sure I’d use that word, is creating the characters, developing their stories, finding the arc of the novel, then fine tuning it so that it coheres into an interesting and engrossing read.

6. I relate to all my characters, not that all of them are a part of me. When I write, I write from the character’s point of view, which means I have to embrace that character rather than judge. This process helps me acknowledge and explore parts of myself I might otherwise not know or acknowledge. For example, Max, in Morning Light, is a man who needs to be in control. When Anna threatens his sense of being in charge their marriage takes a disastrous turn, but Max isn’t a bad man. He’s a man who is unaware of his inner damage and that lack of knowing wreaks havoc on Anna.

7. Paul, in The Stones Speak, seemed to be a monster when Naomi first hears about him but when she meets him she discovers he is not what she thought him to be, that he had a story as compelling as hers.

9. I weave. I’m very active outdoors, depending on the season. In winter I ski, snowshoe, cross country ski and hike. When it’s warmer I ride my bike, play tennis, walk, and hike. I enjoy going to the theatre, watching films, reading, visiting with friends, and, of course, reading.

10. I prefer fiction, then autobiography, than biography. If I’m interested in a particular subject I’ll read nonfiction but if there are no stories to make the facts make sense, my brain usually shuts down.

11. There are too many authors to name although two novels reverberate in my mind: The Bone People by Keri Hulme and The Speed of Light by Elizabeth Rosner. I’m interested in how characters choose to change. Not interested in violence, fantasy, detective stories, or sic-fi.

12. My four novels, as well as a nonfiction book about my work with stories here and abroad, Dancing With Wonder: Self-Discovery Through Stories, can be found or ordered by any bookstore. They can be ordered from my website: www.nancykingstories.com, from Amazon, Abebooks, Barnes&Noble, and other online sites. The novels are also available as ebooks.